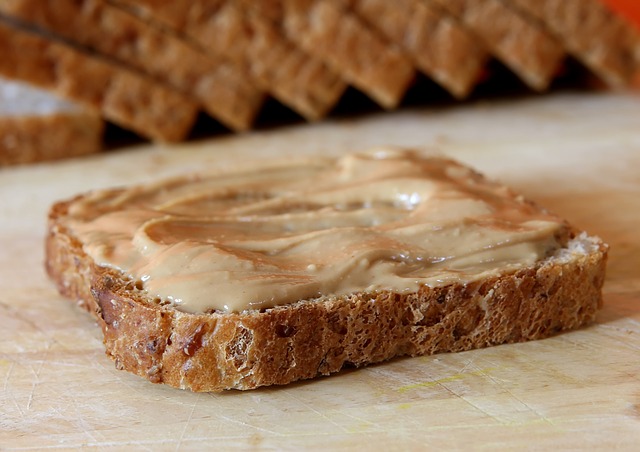 Have you ever eaten a peanut butter sandwich without a drop to drink? If your throat is well lubricated you make it through the most part easily enough, but eventually, if you continue, you will run into a bit of a problem. The food will begin to get stuck in your throat. Depending on how dry the peanut butter has made the way to your stomach, the process can begin to be a bit painful.

So can the following sentiment:

“In this way only we attain to what is not to say difficult but altogether against nature, to love those that hate us, render good for evil, and blessing for cursing, remembering that we are not to reflect on the wickedness of men, but look to the image of God in them, an image which, covering and obliterating their faults, should by its beauty and dignity allure us to love and embrace them.”[i]

It is easy to love those who do good to us, but another thing altogether to truly love those who have done evil to us. When we are wronged, we immediately sense within us a desire to strike back against the offender. Even after the initial act our yearning is not to let go, but to cling to that which has laid us low. Thus, the reason for the peanut butter sandwich illustration a moment ago.

Jesus tells us that we are to, “love our enemies.” Our response to the wicked person who is persecuting us is to pray for them (Matt 5.44b). We are commanded to “do good to those who hate [us]” (Luke 6.27), and to give of ourselves “expecting nothing in return” from them (Luke 6.35).

As I was chewing on these words yesterday, I thought of the recent Amber Guyger case. Here a female police officer (Amber Guyger) entered the home of another ending their life. She had come off a 13-hour shift, and wrongly assumed that the unlocked door that easily pushed open was her own apartment. Firing two shots at an apparent intruder, she killed Botham Jean with a trained shot to the chest.

Though she was found guilty of murder, the brother of the man she killed asked if he might be allowed to hug the lady having forgiven her for what she had done. Brandt Jean is a professing Christian and in spite of losing his own flesh and blood at the hands of another he offered a tender heart.[ii] So too, did the judge offer similar kindness (charity/love) when she presented the offender with her own personal Bible from her chamber. She pointed the woman to John 3:16 and told her that was her job during her sentence to focus on what was written there.

Of course, this act of love was seen as vile by a certain sect of our society. Writers at the Washington Post called it “an unusual display of public forgiveness.”[iii]The Freedom from Religion foundation began convulsing almost immediately over what they viewed as a violation[iv] of human dignity; similar to a recent judge’s ruling in the U.K. against the Bible.[v] If that was not enough, another sector of hate garbed in false love called the act of the young man who hugged and forgave and prayed for his brother’s assailant as a sign of “Black” forgiveness.[vi] To that malarkey I say, “No, sir you are wrong! In such comments you betray a bitterness in your own heart. What we witnessed at the trial was not “Black” forgiveness, but Christian forgiveness. A demonstration of Christ’s love for sinners; enemies who have harmed us.” Nor will I call the sharing of the gospel a “violation” of human rights or human dignity, but an act of selfless charity.

One of my favorite verses that I memorized long ago is found in Ephesians 4:32. It reads,

For all the harping we hear today, the one who has truly been done wrong…truly, the only innocent person who was grossly violated due to hate is Jesus of Nazareth. And yet, he laid down His life seeing the horror that lay before Him in the crucifixion as a joy, because out of love He laid down His life for sinners (the sheep of His pasture). Are we better than He? Are we more loving? Are more righteous?

“Why? Why should I ever want to do that?” you ask.

There several reasons, but I will lay down a few.

In all of these things, we have done likewise. And in some cases, we might even be worse than our neighbors who have harmed us. But what makes us different? Why should we response differently? What is the proper response? You already know what you ought to do.

Do you know the reason why?

If Christ died so that we might have life, do we know that He did not die for others as well? “But they are evil!” So, are we! But in Christ, because of Christ work, because the Father sent Him, because the Holy Spirit moves in this world, we have been “reconciled to God” (2Cor 5.20) so that “we might become the righteousness of God” (2Cor 5.21).

Love your enemies. Do good to those who hate you. And allow God to be God, for He will judge between us all (Rom 12.19). Our responsibility is to view fellow image bearers with a charitable love reminiscent of 1 Corinthians 13 in the hope that we honor God with our lives, and some might come to know Him as He truly is.

What helps us swallow hard truths is drinking from the fount of living water (John 7.38), the Word of God (Eph 5.26). Why don’t you take a drink.

[vi] Jemar Tisby, “White Christians, do not cheapen the hug and message of forgiveness from Botham Jean’s brother,” the Washington Post, October 3, 2019, https://www.washingtonpost.com/religion/2019/10/03/white-christians-do-not-cheapen-hug-message-forgiveness-botham-jeans-brother/.

On this last citation I was particularly perturbed. The article is filled with racist sentiments that cause a mixture of emotions from sadness, anger, and nausea. My only response is where in the world do we have a right to label Christianity “white vs. Black?” Tisby writes towards the end of the article, “If white people expect all black people to extend forgiveness as quickly as Brandt Jean did, then they understand neither black people or black pain. Black grief is a community project…everyone is entitled to their own process.” NOT if Jesus is truly Lord, they are not. The belief that everyone can do what is right in their own eyes is a denial of Christ’s kingship (Judg 21.25), and an unearthing of the lies of the serpent in the garden “Did God actually say…” (Gen 3.1). Where is Scripture sir are you given permission to harbor resentment, bitterness and hate because of the wrongs that others have done. You are mingling cultural assumptions into biblical revelation.