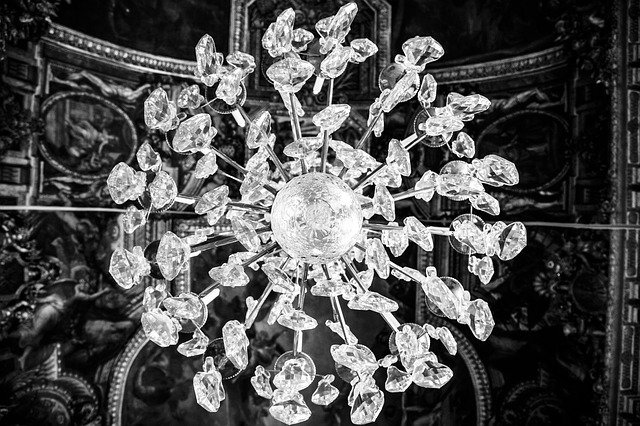 It is Friday afternoon about 3:58 eastern standard time here in the U.S. A few moments ago, I returned home from a killer workout at the gym. I say killer for two reasons: 1) it was a good work out (I’m so tired I can barely move my arms or legs), 2) I am 40 and haven’t consistently lifted weights for about 5 years. I suffered a lower back and shoulder injury that was slow in healing, and so I shifted from weight lifting to running and karate. Any who, I’m back to the weights. I am now into my second month of consistent weightlifting; my muscle memory is slowly coming back and I’m starting to feel pretty good.

As interesting as that may or may not be to you—the reader—that is not the reason why I am writing (“This is not the vanity that you are looking for”).  That little confession was to emphasis a point I am now about to make…I HAD NO INTENTION OF WRITING A POST TODAY!

(Yes, yes, I am sorry about the yelling. Didn’t mean to shock you sensitive types out there, lol. Actually, I find it a bit silly that people get upset when someone writes in all CAPS as if that somehow makes the words coming from my mind to my fingertips more hurtful. Perhaps, I could rant about that some other day).

Urgh…another rabbit trail. Oh, I do apologize for that. How about I tell you why I made the monumental decision to post something when I am so desirous of taking a bit of a delay from writing (at least this week). Well, truth be told I’ve been kind of lethargic for a couple of weeks now, but most especially this week as I took a bit of a short vacation (for some of you “a holiday”) spending some time with the kids and wife. We could have an invigorating conversation about whether or not Christians should or shouldn’t be celebrating Christmas, or ushering in a new year, but I will resist the temptation to tread those waters. Maybe some other time…who knows. I try to maintain a libertarian spirit when it comes to such things (cf. Rom 14.4-8), but sometimes we need a little pushback here and there to keep us steady. (Again, not a subject I wanted to broach this day).

Actually, what I wanted to speak about is from one of my favorite books of the Bible, the book of Ecclesiastes. Specifically, I wanted to read to you the first three verses. May I? I may? Well, thank you very much!

“The words of the Preacher, the son of David, king in Jerusalem. ‘Vanity of vanity,’ says the Preacher. Vanity of vanities! All is vanity.’ What advantage does man have in all his work which he does under the sun?” (Eccl 1.1-3; NASB).

A couple of first things, if I may.

I’m not really too impressed with those that want to buck against various evidences within and without a biblical text in regards to authorship. If there seem sufficient grounds internally (hints of who the writer may be from the writer himself) and externally (historical traditions that attribute authorship to specific individuals), then I see no justifiable reason to deny it. If you are one of those who assume that you are more scholarly and you’ve read “the best of the best of the best, Sir!” (Men in Black reference for those not in the know), and so you are all too eager to deny this particular work to Solomon, son of David, king in Jerusalem…that’s fine, have at it, but as for me I will keep my money on Solomon as the one who wrote this ever important volume of biblical revelation under the superintendence of the Holy Spirit.

It just makes logistical sense. He was king in Jerusalem when the nation was still united under one head. He is a legitimate son of David, not far removed as a descendant from that line would be. And he was the wisest and yet somehow the dumbest person in all of Israel at that time. How can you be the wisest and dumbest at the same time? When you receive all wisdom and knowledge from God, when God has blessed you far above all others of your station, and yet you somehow conceive that not listening to God’s commands is somehow a good idea. Solomon was a bright rising star in his heyday, but it was short lived as his glory was seemingly snuffed out when God judged him for listening to his wives (yeah, I said wives and he had a boatload) rather than heeding God’s Word. In this Solomon followed in the footsteps of his earthly father…Adam.

OH…you thought I was going to say David! Well, it is accurate to say that David set a very poor example for his children, maybe even more for this child in particular, but I was referring to Adam and his blundering decision to listen to Eve rather than the Lord God in the garden (Gen 3.17). But in reality, either earthly father would do, for both of those men sinned in such a manner that had lasting consequences on their children’s disposition.

All in all, when it came to chasing the wind (i.e., vanity means chasing and trying to grab ahold of the wind) with one foolish venture after another, Solomon no doubt would have excelled far above the competition. In fact, in verse 17 of the same chapter he says, “And I set my mind to know wisdom and to know madness and folly.” He built, he indulged in pleasure, he purchased and sold, he refused himself nothing, but in the end, he realized one clear truth. “Well, what is it?” you ask. You do not have to read the end of the book to see the answer for he has already given it to you. Although, I would recommend reading the book in its entirety in order to see the consistent flow of thought that draws the only logical, rational, reasonable conclusion.

Look back at the original three verses. Notice that the emphasis of verse 2 states that “all is vanity.” Now my synergistic brethren ought to know that word “all.” What does “all” mean? And all the Arminian’s, traditionalists, along with all of us steep in Reformed thought say, “All means all; everything.” When Solomon says that “all is vanity” he is saying that all things in this life. All pursuits. All pleasures. All activity done under the sun is nothing but vanity—chasing the wind in order to grab it (which is an impossibility, if ya don’t know).

And so, verse 3 when properly viewed is a rhetorical question that demands a negative answer:

“What advantage does man have in all his work which he does under the sun?”

What good does it do you to gain all the knowledge and wisdom in the world, other than to increase your sorrow? Sorrow for the plight of the rest of fallen mankind. Sorrow for the end that awaits all life.

What good does it do you to gain all the wealth that you can possibly amass in the world, other than to increase your sorrow knowing that some other will squander all that you have labored over?

What good does it do you to pursue righteousness when the wicked seems to prosper on the earth; sometimes illustrated through the popular adage “only the good die young.”

What good is it to have all that your little heart’s desire? To feed your every pleasure, whether it be food, or drink or some other passion? When tomorrow you die.

What good is it have a good reputation, to gain the fame and notoriety that lasts decades, centuries, perhaps even a millennium? For in the end, you will eventually be forgotten my friend. Your deeds no matter how great, will vanish from the annuals of history. Your glory no matter how bright your light might have shone will fade from the memories of all.

What advantage does any person have in all that they do upon this earth? None. Unless, you realize that your purpose for being, the reason that you were made, is this:

“[To] fear God and keep His commandments, because this applies to every person. For God will bring every act to judgment, everything which is hidden, whether it is good or evil” (Eccl 12.13).

Life has meaning, but only when that life is fixed in God. You are His creation. He has made you in His image. And it is this standard that He holds over you, for which you are responsible to obey. Life is a blessing, when and only when, we know the Lord as the Lord of our hearts. To know Him is to know contentment and peace. To know Him is to know that your work in this life is not in vain. For He is a righteous judge that will reward His people for doing good.