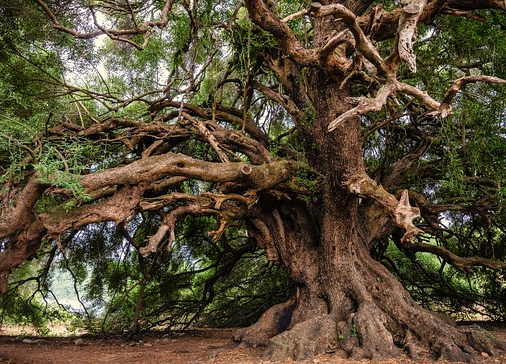 Jesus was (is) called the son of David on numerous occasions, and not once did he rebuke or correct the statement, but enjoyed the application to himself. As he made his “way down the Mount of Olives—the whole multitude of his disciples began to rejoice and praise God with a loud voice for all the mighty works they had seen, saying ‘Blessed is the king who comes in the name of the Lord! Peace in heaven and glory in the highest’” (Luke 19.37-38).

At that moment, as the people were praising Jesus identifying him as David’s son “some of the Pharisees in the crowd said to him, ‘Teacher, rebuke your disciples’” (Luke 19.39). He refused. Rather he responded, “I tell you, if these were silent, the very stones would cry out” (Luke 19.40). As I explained last time (Offspring (Seed) of David: Part 1), Jesus’ authority is derived from his sonship as He is the rightful heir of a great kingdom.

From this point we could choose to go in one of two directions. I will choose the earthly route before I double back to the heavenly one. Although, it should be said you cannot divide the earthly aspects of Jesus lineage from His heavenly one. But for the sake of explanation we shall try.

It was foretold by Nathan the prophet that David would have a member of his house (his seed) that would sit on the throne of an eternal kingdom (cf. 2Sam 7.12-14). Nathan is not the only prophet that spoke of this future son of David, there were others. (NOTE: This is not an exhaustive list).

Each one of these passages point to the one rightly identified as the son of David. In a future post, we shall investigate some of the meaning behind these prophetic texts, and how we see their fulfillment in the New Testament canon of Scripture. For now, though we turn to the breaking of a 400-year period of silence between the time of Malachi and John the Baptist. We shall begin to look at the beginning of the Gospel According to Matthew, and Luke.

The Genealogical Significance: Part I

Both Matthew and Luke’s gospel’s have genealogies in them that trace the line of Jesus back in history to his forebearers (cf. Matt 1.1-17; Luke 3.23-38). Though these are the passages that put many professing believers to sleep, they are of paramount importance to the student of Scripture. Both gospels are written by two different authors to two different audiences. Matthew is writing primarily to Jews, whereas, Luke is writing primarily to Gentiles. Both gospels highlight Jesus’ claim to kingship through the Davidic line (cf. Luke 3.31-32). Matthew’s differs in that his focus is on Abraham and David (Matt 1.1). Luke’s on the other hand goes all the way back to Adam (Luke 3.38).

Why do these two gospel writers focus on different individuals? What is the significance?

Matthew starts his genealogical record with the following declaration: “The book of the genealogy of Jesus Christ, the son of David, the son of Abraham” (Matt 1.1).  Matthew’s highlighting Abraham and David point the reader to Jesus as the true offspring (i.e., seed) of these men. Why is this important? Because of what God promised to/through them.

To David, I have already noted what God has spoken about his offspring above. So instead, lets listen to David’s own testimony regarding what God has promised (cf. 2Sam 7.12-14):

“Great salvation [God] brings to his king, and shows steadfast love to his anointed, to David and his offspring forever” (2Sam 22.51; emphasis added; cf. Psa 18.50).

God promised to both Abraham and David that they would have an heir (offspring; seed) that would be the heir to the promise, through whom the promise of God would flow. In Abraham’s case, his seed would be a blessing to all nations (people) of the earth. Likewise, David was promised that his heir (offspring; seed) would receive an everlasting kingdom. In both prophetic passages (Gen 22.17-18; 2Sam 7.12-14) the heir apparent would receive a kingdom.

This truth is clearer to the reader of 2Sam 7 passage, but perhaps not so much in Gen 22:17-18. The key to the reader of the Genesis 22 passage is found in the phrase “…possess the gate of his enemies….” To own the gate of one’s enemies means that even your enemies are subservient to you, as gate can be symbolic of the leadership of the people in question (e.g. Deut 21.9; 22.15; 25.7; Josh 20.4; Ruth 4.11). Only one with authority that supersedes the elders at the gate, could hope to own them.

Matthew in giving the genealogy of Jesus, ties these prophetic passages to the Lord. Jesus attributes passages like these (cf. Gen 22 & 2Sam 7), along with the many that I quoted earlier in this article to himself when being interrogated by Pontius Pilate, the Roman governor at that time, in terms of his kingship and kingdom.[i]

Pontius Pilate: “Am I a Jew? Your own nation and the chief priests have delivered you over to me. What have you done?” (John 18.35).

Jesus of Nazareth: “You say that I am a king. For this purpose I was born and for this purpose I have come into the world—to bear witness to the truth. Everyone who is of the truth listens to my voice” (John 18.37b; emphasis added).

**This looks as good as a place as any to hit the brakes. In this post we have looked at Matthew’s genealogical record that points Jesus of Nazareth to Abraham and David, as the rightful heir (inheritor) of God’s promise to/through them. We have focused primarily on the earthly aspects of the Lord’s lineage. Next time we shall look at Luke’s genealogical record of Jesus, the son of David (Luke 3.31), the son of Abraham (Luke 3.34), the son of Adam (Luke 3.38) joining together the earthly and heavenly lineage hinted at earlier in this article.

[i] This does not mean that Jesus quotes them to Pilate, but rather the truths that they reveal—the son of David, the son of Abraham is the rightful king of an eternal kingdom—are foundational to what he acknowledges before Pilate.