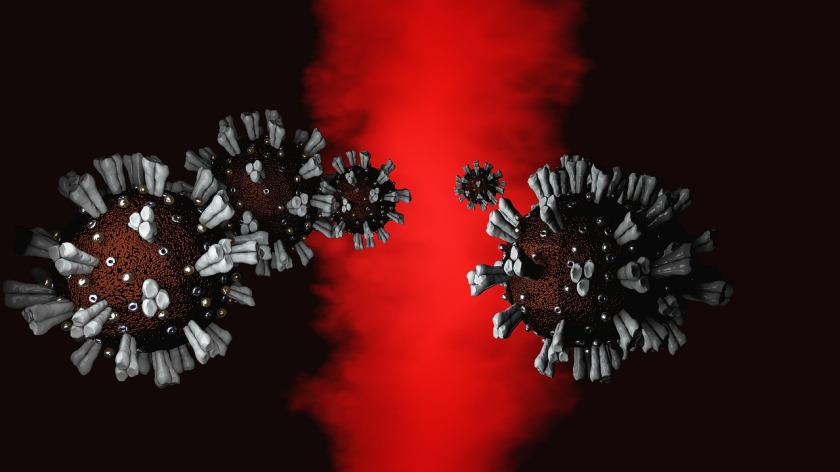 “The wicked flee when no one is pursuing, But the righteous are bold as a lion” (Prov 28.1; NASB).

What do these two verses have in common? Other than we find them in the Bible? At first glance, probably nothing. However, if we look a little deeper, if we take the time and let them soak in, let them saturate into our hearts/minds, then perhaps…just maybe we see that there are two responses towards living. And they are polar opposites.

The Comparison of Two Roads

It is easy to be brave and courageous when you are surrounded by a crowd of like-minded individuals. It is easy to be confident and unstressed when your life is like a ship on peaceful waters being guided by a gentle breeze. When there are little to no bumps or potholes in our day-to-day travel (and no, I’m not talking about the highway) all people seem to be made of the same stuff.

But you know what, that can’t possibly be true, can it? We are not all made of the same stuff, because we are not all founded upon the same thing.  This becomes apparent when life crisis’ hit.

Trials and tribulations have a way of brimming to the surface those things of difference buried beneath. What better example of this do we have than the current COVID-19 pandemic? The nature of a man is revealed when the pressure mounts. And boy, oh boy has the pressure increased in recent days! (Reminds me of the Billy Joel song “Pressure”).

Yesterday, I ventured out to Wal-Mart to assess the current situation in a nearby community. I live in a rural area surrounded by trees and wildlife. My wife and I prefer it that way. We like to be away from the mob mentality of “city-folk.” And so, it is about a 30-minute drive to Wal-Mart in either direction (we have three choices in three different cities due to our centralized location: Athens, Zanesville, and Lancaster).

When I got to Wal-Mart about 7:50 a.m. I found that the parking lot was fairly busy. Not first of the month busy, but busy nonetheless for that time of the morning. When I went to the grocery side of the store, I found that most (not all) of the non-perishables were gone. The store stock was severely dwindled down. Many people had filled carts, and were found checking out through the self-checkout aisles. I got a few necessities (nothing major) and a nice young lady cashed me out. After filling up my tank at the nearby gas station (1.57$ per gallon), I realized I’d forgotten coffee and so I headed back to the store.

On my second visit I ran into my brother-in-law and we spoke for a few minutes before we parted ways. He’s a public Jr-High school teacher in a nearby school that has been under the mandatory shutdown since governor Mike DeWine made the announcement last week. Our conversation pertained to the current crisis and the reaction we see going on in the public square.

There is no one size fits all reaction to the current events surrounding this flu-like virus. Some people don’t take it seriously. Others take it seriously, but are not panicked. Others take it seriously, but are close to being scarred out of their wits. I’ve seen various clips where people are fighting over toilet paper and sanitizer. I guess “wet wipes” are another item being desired by some. I’m not sure if that is a national thing or if its just limited to our neck of the woods, but my cousin who has two little kids (one still in diapers) has had some difficulty getting those things necessary for wiping baby bottoms.

Why? Honestly, I have no idea? What does toilet paper or wet wipes have to do with a flu-like virus? From a virus family—by the way—that has been around for a very long time. Yes, this is a new strain, but how many new virus strains are we not aware of every year that infect and kill, but are not reported every year? I’m not saying that COVID-19 is not serious. It may or may not be. Yes, it has been identified as a pandemic, but that is because of worldwide infection. But the truth is WE DO NOT KNOW how much of a threat this virus really represents. It could be huge, or it could turn out to be nothing in the grand scheme of things.

I have a question: Do you know how many people died of the regular flu (influenza; not stomach virus’) last year? What about the numbers of deaths related to the common cold? Or how about deaths from infectious diseases in general? I was curious because of the heightened sensitivity of the Dooms Day crowd. The numbers are revealing to say the least. You can check them out HERE. 1]

Am I saying the COVID-19 is not something to be concerned about? No, not exactly. What I’m saying is that we shouldn’t get overly concerned about “unknowns.” And this virus’, its spread, its mortality rate, its novelty is a big “unknown.” We don’t know what is really pursuing us here, so my question is “why flee?”

We all die. That is the biggest unknown we face. We don’t know the day it is coming. Most of the time we do our best to ignore that fateful day, but the fact is it…is…coming. And herein lies the difference in the way people are reacting to the current crisis’ situation.

Back to our Current Predicament

Jesus explains what His people’s response ought to look like: to “…not be worried about your life… [nor being] worried about tomorrow” (Matt 6.25, 34). But the only way to react in this way when life seems to get out of hand is by entrusting yourself to the Lord of life. “He gives power to the faint, and to him who has no might he increases” (Isa 40.29; ESV). It is the Lord Almighty that strengthens, helps and upholds His people with His “righteous right hand” (Isa 41.10).

What causes the righteous to be bold like a lion in the face of danger, regardless of its type? It is their commitment to Him who is the Maker of heaven and earth. It is their trust in Him who works all things to the good of those that love Him (Rom 8.28).

“And if you faithfully obey the voice of the Lord your God, being careful to do all his commandments that I command you today, the Lord your God will set you high above the nations of the earth” (Deut 28.1; ESV) .This truth demonstrated in light of the dangers presented before them. For the wicked, the rebellious, the hard-hearted, those that hate God are said to “flee” (Deut 28.7), but the faithful will receive “blessing” from God (Deut 28.8). But if we refuse to honor Him, then what reward will we receive? Will He not then oppose us, and will we not be the ones found defeated, fleeing, and dead (Deut 28.25-26)?

We here in the United States live in a nation founded on the blessings granted to our forefathers. Those that took seriously the charges laid before all mankind in the Holy Bible. That—for the most part—were careful to listen, heed and set as a standard to be obeyed, the various commandments, statutes, and laws instituted by the Lord God on Mount Sinai. I am not saying that the nation (the totality of its people) was Christian, but it was the Christian worldview driven by Christian people that helped form a government under the guidance of the Triune God of Scripture.

Far removed are we from that life, from those convictions. To whom do we swear allegiance to now? To whom do we hope in now for “life, liberty and the pursuit of happiness?” For a seemingly large number of people, it is not the God who blessed this nation, but some other god. Our gods now are found in idols of celebrity, of sportsmanship, or civil government, or every sinful pleasure imaginable under the sun. We are a nation filled with love for created things and not the Creator. We are a nation filled with hatred for what is good, but a love for that which is evil. We promote every condemnable offense under the sun found in Scripture (cf. Lev 18, 20; Rom 1.18-32). And this is proved by our fear driven pandemonium of a little unseen, unknown bug. But rather than repent of the crimes against heaven, for which we are guilty, we run to those gods (those rocks) that cannot save us (cf. Deut 32.28-31).

In this charge, professing Christians ought to be a shining example of obedient citizens. Confidence, not fear ought to drive our hearts. Boldness not cowardliness should be seen.

Now, we (who bear the Name of Christ) have a dual citizenship. We are citizens of Christ’s Kingdom first and foremost, so to Him we bow the knee. We are also citizens of the earthly country in which we were born, so we, out of respect for the Lord above, honor those stewards (His ministers; Rom 13.1-7) whom He has placed over us. In this we demonstrate Love for God above all else, and also love for our neighbors. This rule of life applies to our heavenly citizenship without deviation, and it applies to our earthly citizenship in so far as those above us do not attempt to sway us from our God.

[1] On page 6 of the report you will find that influenza and pneumonia were the eighth leading cause of death in the U.S. There were 55,672 reported deaths caused by this form of illness. This accounted for approx. 2% of all deaths in U.S.  The ratio in a 100,000 per capita (population) was about 17.1 deaths (see page 3 for explanation of this calculation). This years estimates (2019-2020) appear to be on track to fall within this former guideline (see Here) . I mention this because as of right now here in the U.S. there are 4,226 confirmed cases with a total of 75 deaths, which is less than the approx. number of deaths caused by influenza/pneumonia (1.9% vs. 1.7%) (see Here). Obviously, those numbers could change drastically for the worse, or by mid-summer we may find that this virus, although serious, is no more serious than other infectious pathogens that infect and kill.

Obviously, worldwide the nature of this illness is much worse. According to the WHO (World Health Organization) there are a total of 179,111 confirmed infections with 7,426 deaths, which equates to about a 4% mortality rate (See HERE). So, there is no question that we ought to have compassion and prayer to those who are suffering in the wake of such tragedy. However, this is also an opportunity for Christians worldwide to call people to repentance. For there is a fate worse than physical death.